“We Want to Collaborate in Deeper and More Meaningful Ways”

Trends and Insight 427 Add to collection

Earlier this year, we spoke with head of editing in North America, Vee Pinot, about her move from London to New York for the launch of Gramercy Park Studios - the high end post arm of Hogarth - in The Big Apple. Now, we catch up with managing director Lauren Kulchinsky and creative director Ders Hallgren to get to know the New York team leaders, how they collaborate with London, and their advice on staying creative in lockdown.

LBB> Tell us a bit about your backgrounds and what drew you to working with GPS?

Lauren Kulchinsky> So prior to coming to GPS I was at Grey Advertising for a little over a decade, helping to build their studio, Townhouse from a team of five to over 30 plus.

I started at GPS at the end of January - so I only had a little bit of time there prior to lockdown - but as a post nerd, walking through the facility I just fell in love with the tech and space that they have to offer. More than that, I started to meet all the creative people that work there and that was the real draw. It’s filled with people that want to collaborate and create great work.

Ders Hallgren> I came out of Art School studying Fine Arts and started my journey in entertainment and broadcasting via building props and sets. I’m also a photographer which allowed me the opportunity to start directing live action. It’s funny because I got into the whole design, animation and VFX side of things backwards - I started directing first and learnt everything else on the job.

Coming up, I had the good fortune of working with some of the best creative directors in Los Angeles and New York. They taught me the appreciation of craft and to this day I try to pass that along to our artists. I came to GPS after ten years as Creative Director at Click 3X because of the opportunity and because of the work that GPS and Hogarth were doing at the time. They were really rebooting themselves, putting themselves forward in the game as VFX and animation specialists. I knew some other cool people like Lauren were joining too and I wanted to be a part of this great cast of characters.

Lauren> One of the things that I noticed prior to joining was that some places are very set in their ways and this industry changes at such a rapid speed - especially with Covid - and when talking to people at GPS I could sense that they were people who embrace change and want to be at the forefront of it, rather than chase it, and that was really exciting.

LBB> GPS has studios in London and New York - what do you love about working in New York and how do the two offices collaborate?

Lauren> There’s a massive amount of talent here! The competition is steep, expectations are incredibly high and like many other markets, money is tight. But at GPS we have a team of makers giving us the ability to offer an end-to-end solution and we’re constantly looking for fresh talent to stay relevant.

Ders> We collaborate with the London office whenever possible. As a company it allows our teams to collaborate and utilise each other’s talents. GPS London has incredible talent so it would be crazy if we weren’t working closely.

Lauren> Currently we’re working on a really large pro-bono project made up of 60 one minute videos with a very short timeline. So we’ve also been working with the London team. We have two London editors working on it and ten editors around the globe. It’s very much like one team - we’re constantly talking to each other and there’s a very seamless workflow between the two offices. We do a lot of editorial offline work and London does a lot of online work. The time zones also give us the ability to work 24/7 which feels like a requirement in this industry…

LBB> How has GPS adapted and developed due to Covid?

Lauren> Oh Covid… It definitely forced the entire industry to change and it came at a crucial point that forced everyone to look at how we work, who we work with and how we’re going to change in this new remote world.

If I were to find one of the most positive things that came out of this crazy experience, it would be that it created a willingness to take risks and to work in a different way. It greatly expanded our talent reach and roster because we are able to ask ourselves what’s the best talent in the whole world rather than just what’s the best local talent. We now know we don’t have to be in the same room as each other to produce great work and to collaborate. It also forced us to look into all different types of technology to help us with this, like supervised remote edit sessions.

Ders> It was such an adventure at first but now everyone’s accustomed to remote working. The challenge is in handling all the Zoom calls in our schedules...

Lauren> That was definitely the biggest adjustment. On day two in lockdown I’m on the phone with the CEO of Hogarth North America, when my son comes in, climbs on the bed and pulls his pants down! Luckily we both just started laughing hysterically and it wasn’t a big deal. From then on I’ve thought - what worse can happen? Before this if someone even walked quietly through in the background we’d be on edge.

Ders> One thing I really miss is the in-person creative collaboration. Back and forth discussions in person where everyone’s engaged. Now we’re doing it remotely and you can get distracted by all the different notifications pinging up on your screen.

Lauren> I do really miss collaborating in person too and the random stories you hear in the office. There’s no going back to the way it was though, and I think that if you try to do that it’ll be an epic fail. We’ve got to figure out what the future of the office is going to look like. It’s not sitting at desks, it’s what everyone misses which is creating that collaboration space to ideate. It’s definitely harder over Zoom calls.

LBB> What’s your advice on overcoming that and keeping up creativity in lockdown?

Ders> In my team we’ve been writing things down more than ever which is an excellent practise to have. If you don’t write it down, you get on the next meeting and the thought’s gone and you forget about it. I have so many Post-Its all over my wall now! You have to hold yourself accountable for staying on top of everything.

Lauren> I think getting out and making sure you’re not stuck in the same space every day is really important too. It helps you look and think about things differently which helps creativity stay fresh. It sounds small but being in the same space means you’re flooded with the same things every single day. But being outside, there is a lot more to look at that can spark ideas.

We also encourage our teams to talk about things unrelated to work too - for example, I am an avid Peloton rider and I love French bulldogs. Talking about people’s interests and asking them how they are doing on a personal level is important too because not everything has to be work centric. That’s how you can encourage some more of the spontaneous conversations that often lead to ideas.

LBB> What have been some of the most fun projects you have worked on recently?

Ders> We have a great relationship with Instagram and Ogilvy. Right now, we’ve been doing a lot of election work for them on a campaign that encourages users to register to vote. That’s been exciting because it’s obviously a big year for the U.S. It’s been a really fun and impressive collaboration. When you get a response like that, it really means something.

I also love working with Absolut vodka - they’re such a great brand and truly stand for diversity and inclusivity. They support a lot of cultural awareness groups which is amazing to work on.

Lauren> One of the most memorable projects for me was right at the beginning of Covid when we were all still figuring out how to work through it. It was a project for WHO with Grey creative and we had to figure out how to shoot in lockdown. It turned into an entire user generated film where we had to send out a deck and video with tips on how to film user generated content. We’ve been able to use this deck time and time again since as more and more spots take on that look and feel. It was a huge collaboration and a fun first learning. We had hundreds of clips sent in and a quick turnaround in a landscape that was new to everyone.

LBB> And lastly, how are you hoping to see GPS develop over the next few years?

Ders> Apart from world domination... We want to expand the breadth of our skills and talent. And we want to collaborate in deeper and more meaningful ways with agencies and hopefully become part of what helps them engage deeper with their clients. If we succeed, they succeed and the client succeeds. It’s about putting our best foot forward every day.

Lauren> We just want to create great work that’s memorable and that makes an impact. The way to do that is to have extremely creative and talented people. That’s what we have and we’re always looking for more to join us. At the end of the day it’s all about elevating the craft.

Ders> Simply, we just want to do great work with great people. 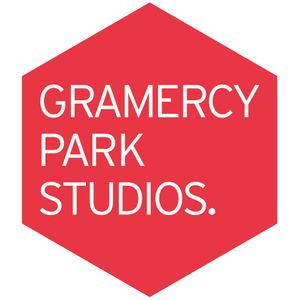 Gramercy Park Studios Takes to the Mountains with Helly Hansen

Helly Hansen - 'We Belong in the Mountains'