Full-service ad agency The Distillery Project (TDP) has created a Thanksgiving brand campaign for retailer Meijer that hits just the right notes for the almost-post-Covid crowd. ‘Perfect Thanksgiving’ runs on network and cable TV throughout the Midwest beginning this week.

Meijer asked the agency to imbue its seasonal creative with fresh insights since Americans’ holiday plans are expected to be radically different for 2021.

The 60-second spot opens with individuals looking into the camera and saying what they’re grateful for. The twist: It’s not their loved ones or their health—it’s cynical-sounding stuff like being stuck in holiday traffic and ‘getting’ to prep a mountain of toasted breadcrumbs for the stuffing. The camera pulls back to show their predicaments. Several people at the holiday table give thanks for cringeworthy, yet relatable, holiday horrors.

These moments of gratitude sound a lot like sarcasm—and maybe they’re intended to be at first. But as the festivities get under way, the gathered masses turn into the people of Whoville, who cherish their holiday. Everyone at the table is interacting and it’s as if these pet peeves have become lovable quirks—perhaps they’ve even missed them after 2020, the year with no human contact. The simple pleasures and even the usual holiday annoyances such as lumpy gravy are a welcome gift after they’ve experienced grief and separation.

The work also promotes Meijer’s hunger relief program, Simply Give, which has helped local food pantries keep their shelves stocked since November 2008 and generated more than $65 million thanks to Meijer customers, team members and food pantries. “We’re more thankful than ever for our families,” the spot tags. “This year, Meijer’s Simply Give program will contribute up to 10 million meals to help feed families in need.”

“Family life has never been perfect, but after so many of us were unable to gather together last year, we have a heightened appreciation for our families—warts and all,” said John Condon, TDP’s chief creative officer and copywriter on the spot. “And as we gather ourselves for this year’s Thanksgiving feast, Meijer remembers those less fortunate with a special commitment to their Simply Give program to combat food insecurity in the communities where they work and live.”

Amid growing concerns about the supply and price of turkeys this year, Meijer is hanging its hat on value and well-stocked birds. Customers can purchase Meijer brand frozen turkeys for 33 cents per pound through Nov. 27th.

Meijer operates more than 258 supercentres and grocery stores throughout Michigan, Ohio, Indiana, Illinois, Kentucky, and Wisconsin. TDP has been its AOR for eight years. 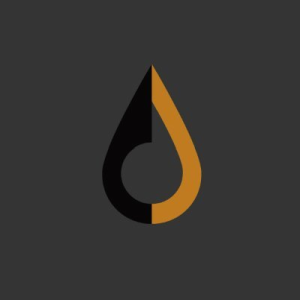 News from The Distillery Project

Production Line: The Many Hats of Nik Traxler

Work from The Distillery Project