'Prisoners' Spot Calls On You to Take Notice of Child Abuse

To mark International Day of Children's Rights on Saturday, November 20th, the association L'Enfant Bleu is launching a new public awareness campaign and calling on the candidates for the 2022 French presidential elections to make strong commitments against violence against children.

Prisoners, the first TV film by L'Enfant Bleu, created and produced courtesy of Havas Sports & Entertainment, is conceived as a mini-thriller. With no dialogue, it focuses on the neighbour of a child abuse victim who has no idea of the drama that the latter lives through every day.

Despite having some suspicions, he hesitates to raise the alarm and ends up convincing himself that everything is fine. This is far from a fictional situation. Too often, a child could have been saved without the hesitation of a neighbour. These children are thus prisoners of their aggressor within the family sphere.

On-air starting Saturday, November 20 through the end of December 2021, "Prisoners" will run on the main French TV channels and on digital.

"Since the the #Metooinceste movement, the publication of various books of testimonies of public people and especially reports of child abuse cases during the lockdown due to the pandemic, have increased sharply. However, more than 80% of these cases are reported by a member of the immediate family circle. The goal of the film is to bring the viewer to a simple observation: abuse is not always obvious. But it is important for everyone to keep in mind that a simple call can save a life. At the slightest doubt, it is essential to alert," declares Isabelle Debré, president of L'Enfant Bleu.

"With this film, we wanted to subtly create a disturbing moment in order to shake up the audience's certainties and force them to answer the question: what would I have done in the place of this neighbor? We want to show that violence against children is not always visible, and often takes place within the family home. It is everyone's responsibility to pay attention to the slightest signals in order to be able to raise the  alert at the slightest doubt. By being attentive, we all have the power to save a child's life," says Fabrice Plazolles, creative director of Havas Sports & Entertainment. 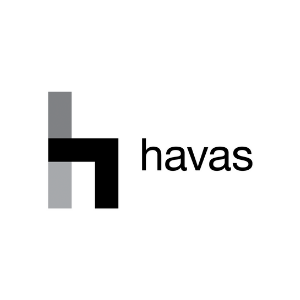