NATIVE VML celebrated a historic run at the annual Cannes Lions Festival this year, where the agency scooped a bunch of awards, hosted a talk, featured in an exhibition and participated in judging the Entertainment Lions and Young Directors Awards.

The highlight of the festival for NATIVE VML is the agency doubling its wins from 2016, bagging six Lions and seven Shortlists. The Absolut One Source campaign was awarded Gold and Silver Lions in the Entertainment Lions, a Silver Lion in Entertainment for Music Lions, and a Bronze Lion in Media Lions. Stop The Cycle for the Huffington Post was awarded two Bronze Lions in Mobile Lions.

NATIVE VML also stepped onto the Inspiration stage at Cannes Lions to speak about Africa’s creative renaissance and the opportunity for global brands to capitalise on this vibrant creative revolution. The talk showcased One Source, a Pan-African Musical collaboration in partnership with Egg Films and director Sunu Gonera, featuring some of the continent’s biggest artists.

Charl Bassil, Marketing Director at Pernod Ricard SA, said: "At the heart of Absolut is our mission to create a better tomorrow by promoting a more open world. Through the Absolut One Source campaign, our partners at NATIVE VML have helped Absolut bring to life that philosophy in South Africa. They have done this by unleashing creative music collaborations across Africa with our friend and brand ambassador Khuli Chana. The campaign has helped Absolut regain cultural relevance and more than that it has helped positively shape popular culture. We are grateful for the authentic partnership we have with NATIVE VML and we look forward to our continued collaboration."

In another first for the agency, Jason Xenopoulos (NATIVE VML CEO and CCO) and Ryan MacManus (NATIVE VML ECD) were invited to judge at the festival. Xenopoulos judged on the Cannes Lions Entertainment jury, while McManus participated in the Young Directors Awards.

NATIVE’s award winning campaign #IAmMuslim took home another accolade this year - an impressive third place in the Education category at the Act Responsible Exhibition at Cannes. The Exhibition, a round-up of the work created around the world between 2016 and 2017, showcases the best campaigns for good causes for charities, institutions, foundations, corporations or brands. The campaign went through a rigorous voting process and was judged by an audience of 6000 people.

“Nothing can rival the dizzying sense of achievement that comes from winning a Gold Lion in Cannes. I am enormously grateful to everyone at NATIVE VML, our partners, and of course our awesome clients, for making this victory possible. I am excited and inspired about the future and determined to use this momentum to produce even better work going forward," concluded Xenopoulos

3 Reasons Why NFTs Are Good for Business 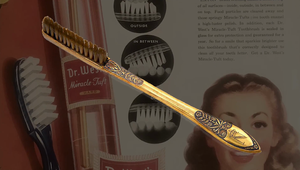 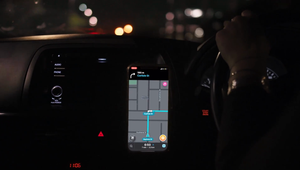