Last year Colombia surpassed 200 cases of femicide, sparking the launch of the campaign helping to face the problem

As in other nations of the world, in Colombia violence against women is also one of the most relevant issues on the public agenda. During 2020, more than 200 femicides were registered and in January of this year there were more cases of this type than days on the calendar.

The impact in this area cannot be forgotten or lose its validity, as it happens with the pages of newspapers. That is why an alliance generated by Publimetro, McCann Colombia, Weber Shandwick and Aurora carried out this month the #GiveRespect (#RegalaRespeto) campaign to re-signify the physical support of these media and help face the serious problem that affects a significant part of the population.

Taking advantage of the fact that during Women's Day flowers are often given as gifts, and that when they are bought, they are wrapped in newspapers, a special edition of more than 240 thousand copies was created that gathered all the news of the year related to violence against women, targeting to wrap the bouquets that street flower shops would be delivering and draw attention to prevent more events of this type from occurring and appearing on the front pages of newspapers.

"For Publimetro this kind of campaign is fundamental since we have a social responsibility with our readers. The most serious pandemic that the country is experiencing is violence against women and we must not only make it visible and raise awareness about it, but we must fight all together and, on all fronts, to stop it. As a means of communication, our dream is that one day we will no longer have to report these cases, that they no longer exist. Hence the value of this message”, it's the opinion of Alejandro Pino Calad, editorial director of Publimetro Colombia.

“Throughout the year women live a very different reality. The fight is constant so as to be minimised in a congratulation for a day. Beyond giving some flowers, what is truly meaningful is the respect and behaviour change behind this act. This is the only way to rewrite the news we see everyday”, explained Diana Triana, chief creative director of the agency, Andrés V. De la Hoz and Julian Triana, creative directors.

Several copies were shared with the main influencers of the country, who exhibited them on their platforms and made reflections on the matter. 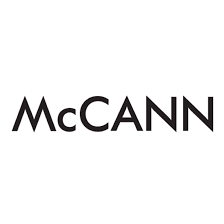 Can Clothing Help Us Avoid the Use of Plastic Bags?

Travels in a Former War Zone: How Chevrolet Brought ‘Finding the New Roads of Colombia’ to TV
View all News 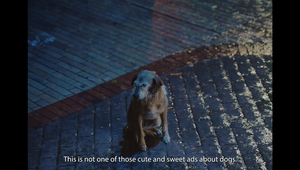 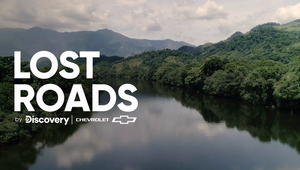 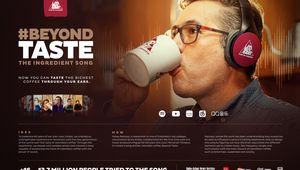 BEYOND TASTE BOARD
View all Work