They call him Flipmode, but no one really knows why.

Actually, they do, but let's maintain an air of mystery for the purposes of this introduction to Electric Theatre's new VFX supervisor, David Filipe.

Rumour has it David Filipe's nickname came from his mad football skills, altering guises in the blink of an eye from a sophisticated metropolitan VFX wizard to outrageous footballing magician. Legend has it he could flip between styles of the greatest players of all time. One second, threading the ball through a defensive line on some mercurial invisible string, the next soaring 18 feet through the air like a trampoline-assisted gazelle. His contract from Barca is now cut into laminated squares and protects his mid priced coffee table. His love for VFX won out.

But of course, that's a lie - especially the gazelle part. This cheeky Essex chap has his head firmly screwed on, which was evident right from when he left Sixth Form (this is the true bit). Having discovered he had a great passion for Film, Music, Post Production and Visual Effects, David decided not to go to University but to take a six month stint away from schooling to learn the relevant software's.

It wasn't until he started in the industry in 2010 that the nickname came into being. Already regularly referred to as his surname, one day young Filipe walked into a VFX suite to deliver some teas and coffees, Busta Rhymes ‘’Gimme some More’’ (throwback) was blaring out. This is where legend began. The story of the Flipmode moniker will take you on a journey into the unknown and quite frankly, it’s better told face to face, so he will have to fill you in when you see him. But rest assured, it’s the stuff of folklore. Maybe that’s an exaggeration. Maybe not.

Soon afterwards, Flipmode became a VFX Assistant, 2D Compositor before reaching the heady heights of VFX Supervisor. Flip has achieved one of his ultimate life-goals by winning not one, but two VES award for compositing for work on Burberry ‘’singing in the rain” as well as John Lewis Christmas ‘’Buster the Boxer’’, while other career highlights include working on epic spots such as  XBox ‘’series x’’ (Megaforce, Dougal Wislon, Ian Pons Jewell).

His incredible eye for detail, ability to immerse himself into the Director's brain and religious adherence to wearing top quality aftershaves make David one of the best people to sit in a suite with. Electric are currently measuring out shelves in their new Whitechapel studio in preparation for the deluge of awards they expect David will win in the coming years.

Q> It's been a flippin' crazy year or two. Have you got through it ok?

David> You know what… I’m a big family man. So not being able to see or hug anyone for a long period of time was really tough on me. But, in hindsight I’m really grateful for the time away because it’d allow me to reflect and say I won’t ever take the small things for granted ever again.

David> Without a shadow of a doubt… Getting engaged. Who’d want to marry me? But you called me a ‘wizard’ right?

Q> Best film or TV moment of all time - and why:

David> It has to be Ross from Friends, Leather Pants episode. Us ‘Essex’ boys can relate quite well to that moment.

David> With my Portuguese background, my Mum would kill me if I didn’t say Fried Calamari.

Q> What match from football history would you go back in time to play in?

David> Easy one. 2012. Champions League Final. Winning it under the master Roberto Di Matteo, knocking Spurs out of the Champions League qualification in the process. I still dream about that day sometimes.

Q> Would you rather fight 100 duck-sized horses, or one horse-sized duck?

David> Duck horse. I can see it now… Me riding on it’s back into the sunset, Pina Colada in hand! Actually… Can you get me a Dissaronno and Coke. Cheers

Q> If the world was about to end and you had the option to return to another historical period, would you see it out or go back in time?

David> Back in time. Tell everyone I love to invest in Bitcoin, and buy as much PPE as possible.

Q> You can play in any band from history - which one and what instrument?

Q> The conspiracy theory most likely to be true is…

David> That rocks are actually soft and squishy but they tense up when we touch them.

David> My Dad always said… “No one who is great at something was always great at it… Keep trying.”

David> Remembering my first earliest memory… What was it again?

Q> You can choose the next Prime Minister - who is it and why?

David> I heard a rumour that Mr. Blobby is out of a job? But… Why not Michael Bolton? He’s probably just as qualified as our current long blond haired PM.

Q> Will everything be ok?

David> Always. Be the person your dog thinks you are. 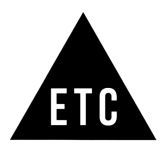