Pressure - which features longtime-friend and collaborator Flowdan - is the second single to be taken from The Bug’s forthcoming album “Fire”, out 27th August on Ninja Tune.

Matching the high energy and intensity of the track is the official 'Pressure' video, directed by rising star Denisha Anderson (Oscar Jerome / Wu-Lu) via Caviar.

With a schedule that spanned less than two weeks from treatment to delivery and shot across East and South London in a day, the intense edit works perfectly to complement the track, where we get transported by Flowdan’s straight down the barrel performance intercut between two unknown characters running from camera in a slightly haunting narrative that matches the lyrics.

The video begins with an intro scene designed by Anderson to reflect the opening lyrics of ‘Pressure’—in which we see distorted images of Patel, Boris & crowds protesting—before cutting to Flowdan, who’s powerful performance is delivered against the backdrop of brutalist architecture, creating the feeling of being boxed-in within the harsh concrete setting.

“The claustrophobic energy was used to give space to those in estates, living upon one another and repeatedly ignored by those in power,” explains Anderson. “In choosing these locations, Flowdan becomes the voice of the people. Hence the reason for him taking over TV screens, because now is the time to listen “...Wait for the revolution but the revolution can’t start, We affi go bludclart start it..” 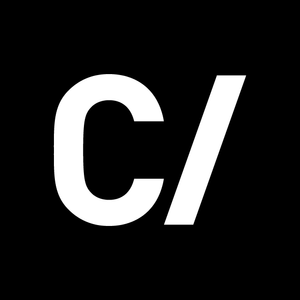