Deliveroo has today revealed its latest Christmas campaign, ‘The Ultimate Gift. Great Food’ for the 2021 festive season. The campaign celebrates the thing that most excites the nation about Christmas - our shared love of great food.

Live from today, Monday 8th November, the campaign is built off the insight that as we get older, food during the festive period becomes just as exciting as the presents which excited us as kids.

Written by Charlie Gee & Tian Murphy, creative directors at Pablo, the campaign celebrates that cheeky burger ordered after the annual office party or the Indian feast enjoyed as a family on Christmas Eve - the ultimate gift over the festive period, better than any Christmas socks. As delivered in the hero 30 second TV spot; ‘No-one ever said “Did you keep the receipt?” for a bucket of chicken.’

Created by the animation studio behind feature films Isle of Dogs & Fantastic Mr. Fox, the hero 30 second spot is accompanied by multiple 10 second spots communicating the selection available via Deliveroo across both its core restaurant & new on-demand grocery offerings.

Both propositions are supported by campaigns running across TV, OOH, print, radio, social & digital throughout the festive period.

Emily Somers, marketing director UKI at Deliveroo said: “At Deliveroo, we think there’s no better time than Christmas to celebrate the gift of great food in all its glory. Just like everyone else in the UK, it’s the time of the year that gets us the most excited about enjoying the food we love, whether it's a pizza in front of a festive film or a bhuna shared around the table with friends & family - it's the ultimate gift.

After another very unusual year, we’re looking forward to joining the nation in celebrating the gift of great food this Christmas - enjoyed with family and friends. With tens of thousands of restaurants and grocery partners on Deliveroo, we’ll be here to keep giving it all season long.”

Dan Watts, executive creative director at Pablo said: “Christmas. A time to reflect and think of all the joy it brings. Like a double bacon cheeseburger with onion rings. Or perhaps a bucket of crispy chicken thighs. It's been fun working with Deliveroo to recreate that feeling of being a child again at Christmas, not just through the story, but in the physical world. Using intricate miniature sets and tactile stop frame animation, combined with classic 2D cartoon characters, the spot has a sense of playful nostalgia to it, like a toddler stomping through your living room on Christmas Eve.” 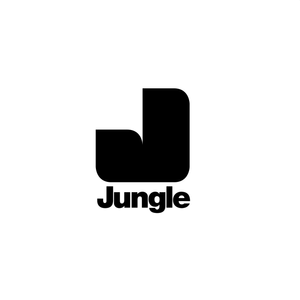 Lola Young Pulls No Punches in Latest Video 'After Midnight'