“Content Is a Crucial Commodity, So Brands Really Need to Work with Specialist Partners”

Pepelatz Production is a proud supporter of LBB. Over the upcoming months, as part of the sponsorship of the Ukrainian edition, we will be spending time with some of the personalities at the forefront of the global production industry today.

In this conversation, we explore the topic with Matt Carroll and Tom Maberly, co founders of production company &Friends. They aim to create assets over content, focus on the why over the how, and always bring specialists on board, never generalists.

LBB> The production industry is reshaping with both brands and agencies in-housing at the same time. How is that impacting production?

Matt Carroll> I get the logic of in-housing - the whole production world has democratised in recent years through developments in technology and better, more affordable kit. If you can harness that  effectively in-house, you can theoretically trim costs, drive quality, be more reactive and so on. But I think the challenge for me, having been on both sides of that fence, is that it’s often very hard to bring that theory into practice and for it to end up being what it should be. And actually, having run previous production companies where we've been on the receiving end of people, particularly publishers and bigger entities that are trying to in-house, is that they end up coming to us to deliver against that.

So I think the theory around in-housing is great, but often it is just a bit of a theory. And it's also a bit of a risk with the cap-ex and the investment that's required in order to make that happen - and then the risk of it not panning out. So I'm a little cautious when it comes to in-housing being the ultimate solution for brands and agencies.

Tom Maberly> We've been talking about this for a while now. In the last five to ten years, there's been both a decoupling between brands and their agencies for certain services, whilst we’ve also been seeing attempts at in-housing certain services in the content space - some proving better than others!

It’s clear that brands want more flexibility and to be able to shop around a bit more. However, in turn, there’s often a problem that arises with that - it can be a bit of a minefield, i.e.some production companies are better at certain content than others. There’s also a bit of a low barrier to entry in the production space - so that adds to the minefield!

I believe that brands need a Production Partner, for both the specialist support and the confidence of the production resource’s credibility. We offer that by getting around the table with our clients’ other  agencies - to be a true partner, we believe in being around the same table as our client's PR agency, creative agency, media/buying agency, and making sure we’re adding value further up the funnel, in the creative strategy phase.

Tom> I think there's more knowledge than ever before among marketing teams now. There’s definitely a deeper understanding of production processes generally, with kit and software also becoming more intuitive and easy to understand. But my feeling is that not all CMOs will necessarily want to get into the weeds of the actual end-to-end of production, they’re too busy! - but they do want to know that they're working with specialists. This takes us back to the in-housing vs outsourcing debate, and the perennial problem - that in general, the scale of an in-housed team means that there’s almost  no way you can have specialists in all the necessary areas, and certainly not in the same way that you can by outsourcing.

Matt> I think the increase in creative knowledge is a good thing. Generally a hands-on knowledge of “making”, if you like - whether it's photography, film, production, whatever it might be - is really useful. We’re really big believers in collaboration, and that goes for the “makers” that we work with as well as the clients and the brands that we work with. The more knowledge that you've got on the brand side, ultimately makes for better work. It's a really exciting development.

LBB> And how does it affect things like the RFI / RFP process? Do you think that's an old way of working?

Matt> I think it's definitely an old school way of doing stuff. Tom mentioned just now this idea of specialists versus generalists. Content is such a crucial commodity for brands now in how they're communicating with consumers so I think you really need to be working with specialist partners on that.

The traditional RFI / RFP process doesn’t always get you the best talent out there. It's quite a rigid process. But the content space has changed, the production space has changed, and the demands from brands have changed. So there needs to be a better way perhaps, of ensuring that as a brand you're accessing true specialists who can deliver.

LBB> Could that be a problem - that a lot of the process is still driven by cost?

Matt> There's quite a few interesting models starting to evolve out there now, and we’re one of those. But I would encourage procurement and CMOs to challenge themselves on how they can access the best talent and question whether they’re actually getting the best solution. It’s that balance of specialist  expertise, creative quality, and the people who are really going to help them cut through to the  consumer. You can only do that by having specialists that lift you above the parapet.

LBB> Could this perhaps be an opportunity to create a new role within a brand?

Matt> I'm seeing these roles crop up at different agencies and they're often production people who worked either at production houses or creative agencies. There’s a hybrid in-housing happening to boost the production knowledge in-house. I really love that because there's nothing worse than putting stuff on the table, whether it's creative or a production solution, and the brand’s just not getting it. And so having somebody as an in-house producer within a brand helps us all speak the same language, and ultimately, you become a solutions based team with your client. And then you're all going in the same direction more effectively.

LBB> For a big international client, what do you see as the best approach? Do you think they should have centres of excellence/specialist areas or is a one to all approach best?

Matt> I think there’s an issue there with the current traditional network and agency model, where you've got satellites up in local markets that have basically been acquired and kind of bolted on, and aren't necessarily connected to the head if you like. So I think what's interesting about our model is that when we want something done in a certain market, we're connected intimately to the people in that market so  there's not that disconnect between the head and the tail. I think that's something that needs to change. It's fine to have local satellites in a market, and that gives you footprint, but it doesn't necessarily offer  the seamless thread that you need all the way from the client who is calling the shots to the creatives.

LBB> And moving onto a slightly different area, do companies such as yourselves who offer production specialists get involved in things like media placement too?

Matt> We make it a point not to be all things to all people, but we do have a very strong editorial heritage in the business: myself, as a journalist originally, and Tom working in television originally. And  so we understand the media landscape intimately and we have gained specialist partners in those areas. So there's brands that we're working with where we've got media specialists that are an extension of our team who come into the project. So we're able to bolster the knowledge of media that  we have with specialists that can cut the right deals and understand the audience behaviour and so on. It goes back to what Tom was saying about flexibility - we've got friends in all the right places. So we definitely do get involved in those media conversations and we understand that well, but it's not our core business.

LBB> We've seen a lot of brands moving further away from working with an agency and more  towards production. But they mustn’t forget about media placement - are brands keeping this in mind when working direct?

Matt> I think it's getting better than it was for sure. There is still this huge content arms race just to make stuff and then be present in all the channels that everyone else is present in. I think there still needs to be a bit more thought put behind the audience really - where you're most relevant. I'd say to some brands that you really need to think about whether you should be in all these channels and all these different touch points. You're in the business of building intimate, long lasting relationships with  your consumers, do you need to be machine gunning every channel and not really doing a great job in any of them?

LBB> Moving on to near-shoring and off-shoring, has the pandemic shown people that distance for partners is less important?

Tom> To a degree yes. There are good and bad parts to that though. being able to be present with your client, making sure that they know that you're there to help land their business objective - there’s a lot of  personality and human touch required at that stage - a zoom call is fine, but I definitely miss getting in the room with our partners and collaborating!

That said, we're working very much in a remote way right now. We’ve got teams filming all over the place - we've just shot a whole series of films for Campari Group in Milan, and had a specialist local  team working under the codified &Friends way, and it 100% works - really it’s been eye opening how easy people have got on with it!

LBB> Do you think you will have different HQs in different markets?

Tom> Yes, ultimately, our goal is to have small HQs in key markets, as we already have in the UK and US. I say small, and emphasise that, because really, codified the right way, a lean core team in each market utilising our community of specialist makers in those areas - who importantly know their market, works! Ultimately, we don't need a big agency space in each market, because we have a specialist local network who can speak to any given brand’s target audience the right way.

LBB> And lastly, what do you think production will look like in five years time?

Tom> I think that the in-housing debate is going to continue. We can still see brands trying to in-house - I don't think necessarily particularly effectively. I also think there'll be more creative automation, in post production specifically - for some higher volume digital assets, as brands and CMOs are tasked with finding more effective ways to deliver across multiple channels.

But ultimately, there's still huge importance on people in the creative industries - and that’s why we love  it! You can't automate everything! - Delivering effective content strategies with strong audience insight,  and then developing and integrating clever creative - that’s not going to go away.

“Don’t Fear Tech and Digitisation. We Should Only Be Afraid Of Standing Still”
View all News 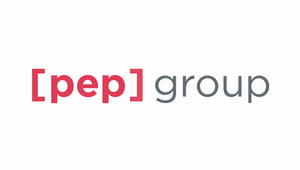