With the countdown to the holidays in full swing, BACARDÍ knows that everybody could use a little extra joy in their lives. That’s why the iconic rum brand is bringing island warmth to the season as it debuts a new holiday-themed campaign entitled ‘Winter Summerland.’ Rolling out now through January, the campaign invites people to elevate with the unexpected and take a ‘holiday from the holidays.’

To kick off the festive season, BACARDÍ has released a series of ‘Winter Summerland’ spots, marking the brand’s first holiday campaign in years. Comprising three :15 vignettes, the campaign conveys how sipping on a BACARDÍ cocktail inspires a Caribbean summer state of mind, no matter what time of year.

All of the films within the ‘Winter Summerland’ campaign will share one common character: a stylish and vibrantly dressed local who pedals his colourful cocktail cart meets Caribbean soundsystem. Using his powerful, block-rockin’ beats, the bartender/DJ shakes up the season and reveals playful, tropical ‘Winter Summerlands’ hidden beneath what appears to be cliché snowy holiday scenes. When the unveil takes place, viewers will see tropical locals engaged in spontaneous island revelry with a summer state of mind inspired by BACARDÍ.

In ‘Chalet,’ the stylish barman rides up to what appears to be a snow-covered ski chalet. As his 'Sound of Rum' gets closer, the vibrations of the music shake off the snow to reveal it’s actually a colourful beach bungalow filled with locals celebrating the season with BACARDÍ Reserva Ocho.

In ‘Ice Domes,’ the bicyclist passes through a cluster of what look like snow domes on an icy beach. Again, his catchy island riddim shakes the snow loose, unveiling holiday revellers dancing under colourful beach umbrellas while enjoying BACARDÍ Spiced cocktails.

The final spot, ‘Trees,’ features the same barman/DJ rolling his cart through what seems to be a forest of pine trees buried in fresh powder. As he rides through with his powerful bass booming, the snow falls away to reveal they are in fact snow-covered palm trees with colourful beach hammocks springing up containing brightly dressed guests holding BACARDÍ Mojitos.

“Following this past year, BACARDÍ knew this was the perfect moment to unveil something a bit unexpected – a holiday campaign to close out 2021 with a snowy, yet delightfully cheerful and sunny, ‘Winter Summerland.’ This new campaign is meant to instil a sense of spontaneity into the holidays, reinventing how we approach the holiday season,” said Ned Duggan, global senior vice president for BACARDÍ rum. “We hope this new campaign, as well as our other holiday initiatives, spark joy and inspire people to consider rum with their loved ones as they celebrate this holiday season.”

To give the gift of BACARDÍ rum and cocktail kits this season, head here to, and for more information on BACARDÍ rum, visit here. 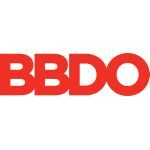