Today, the Asian American Federation (AAF) together with Droga5 launched the I’m Really From Campaign, to challenge and ultimately answer the question Asian Americans and many POCs face daily: “where are you really from?’. In response to the nationwide crisis of anti-Asian hate crimes, The AAF has partnered with ten Asian and Asian American artists and storytellers to highlight hopeful stories of belonging through the experiences of ten Asian Americans. Ranging from celebrities and influencers like Kevin Kwan and Eva Chen to victims of anti-Asian hate such as Noel Quintana, the campaign aims to tackle the xenophobic undertones that often taint the question “where are you really from?” by celebrating the complex relationships each storyteller has with the place they call home.

These stories in turn have inspired ten well-known Asian and Asian American artists to create a collection of unique, limited-edition travel posters that feature the cities and neighborhoods these storytellers are from. New York City, Houston, Seattle and San Diego are among the cities featured in the campaign.

The posters are exclusively available through a donation to Hope Against Hate, The Asian American Federation’s initiative combating anti-AAPI hate with concrete safety programs and training throughout New York City.

These stories will be highlighted through social media activations, digital asset creations, virtual and live events where we look to inspire the community & allies with stories of belonging, invite them to participate in this important conversation and last but not least, donate to support the work the AAF is doing to combat hate.

From April 2012 to June 2021 the Stop AAPI Hate organization received a staggering 9,081 reports of hate crime incidents nationwide. Hate crime incidents range from verbal harassment, civil rights violations, physical assaults, and more. This crisis, fueled by xenophobia and ignorance, has left many Asian Americans feeling fearful and unwanted in their home cities. The I’m Really From Campaign looks to combat that narrative with one of hope and acceptance; hate does not dictate where you belong, only you do.

"All the way back to when Chinese immigrants were brought over to work on the railroads in the West, America has had a long history of anti-Asian sentiment. While anti-Asian vitriol has continued to impact our diverse pan-Asian community, the escalation of violence in the last year has been especially shocking," said Jo-Ann Yoo, executive director of the Asian American Federation. "Our goal with this campaign is to reaffirm to our Asian brothers and sisters that where they live is their home, that they are welcome, and that they are not alone.  We also hope that our non-Asian friends and family will see this campaign and understand that we belong here and care about this nation as much as they do.”

“When an Asian-American says, ‘I’m from New Orleans’ or ‘I’m from East Lansing,’ all too often the next question they get asked is, ‘Yeah, but where are you really from?’ This doesn’t happen in the same way to other Americans who get the response ‘Oh, New Orleans is a fun town’ or ‘My cousin went to Michigan State’,” said Kevin Kwan, author of Crazy Rich Asians. “This has the unfortunate effect of making Asian-Americans feel like they’re somehow less a part of America than other people. In partnership with the AAF’s Hope Against Hate initiative, we’re looking to rethink that question and declare ‘I’m really from wherever I call home. My name is Kevin Kwan, and I am really from Houston.’”

“The question is asked all too often, ‘Where are you really from?’ but what is underneath the surface is an attempt at othering and making Asian-Americans feel lesser than, that they don’t belong in America,” said Apolo Ohno. “In partnership with the AAF’s Hope Against Hate initiative, we’re looking to rephrase that question and declare “I’m really from wherever I call home. My name is Apolo Ohno and I am really from Seattle."

“This was an opportunity for us to rewrite the superficial narrative that says if you don’t look like me then we have nothing in common and therefore you don’t belong here, which we all know in our hearts is not true,” said Rik Mistry, brand strategy director at Droga5, the ad agency that pitched the concept to the AAF. “Our hope is that our community feels seen and inspired by this series—that they see the resilience in our community and find joy from the stories as brought to life by our amazing Asian and Asian American illustrators. We hope everyone that sees the posters and what they represent takes action and shows their support to the AAF and their Hope Against Hate programs that serve those who need it the most.”

"When I received the invitation from AAF to work on this campaign, I immediately remembered the struggle to explain my identity,” explained illustrator Kezia Gabriella, whose poster depicts 86-year-old Suki Terada Ports’s New York City. “No part of my mixed ethnicities seemed to be completely convinced that I clearly belong to one ethnicity, let alone all of them. But this project emphasizes what truly matters for everyone. Not race, or where were you born, or cultural stereotypes—but a place where you find a sense of belonging, and the experiences that make you a person. And I feel that's a topic everyone, not only Asians, has to discuss more often."

The Asian American Federation is encouraging people to leearn more about its programs combatting AAPI hate and share their own stories of belonging here. 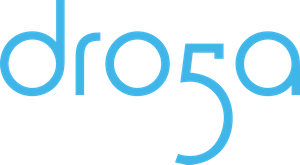